Econosa is reader-supported. When you buy through some links on our site, we may earn an affiliate commission. Learn more. 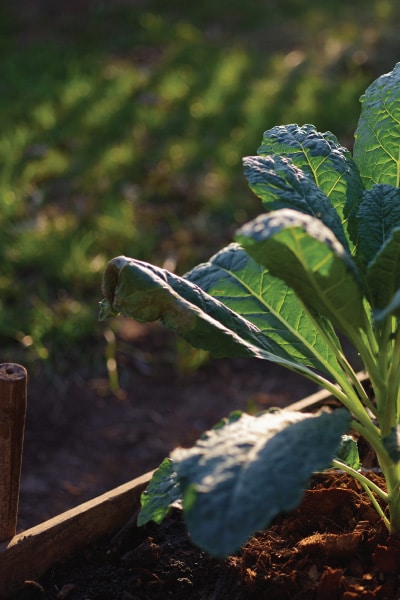 When we think of the word “vegan”, the first thing that comes to mind is a plant-based diet that avoids meat, dairy, and eggs.

However, diet is only one part of veganism. Many vegans avoid animal products in all aspects of life, whether the diet, clothes, cosmetics, and household items that are used every day.

One of the primary reasons for “going vegan” is often cited as preventing animal cruelty.

Indeed, many people see the flaws in the logic that animals are meant for us to consume, test on, use, and in most senses of the word, exploit.

Other reasons for going vegan are personal health and environmental responsibility.

Vegetarianism dates way back to as early as 500 BCE, brought to light by the earliest adopters such as Greek mathematician and philosopher Pythagoras, and Siddhartha Gautama, known as well as the Buddha.

However, the term “vegan” was coined only in 1944 by Donald Watson, founder of the Vegan Society in the UK.

When Watson, his wife, and two friends started the Vegan Society, the humble newsletter had 25 subscribers.

Today, a whopping 80 million people worldwide identify themselves as vegan. From cosmetics and toiletries to food and drink, almost 60,000 products from thousands of companies are registered globally as vegan, and these numbers continue their meteoric rise.

So Why Are People Going Vegan?

The problems with animal agriculture have been catapulted into the spotlight by several mind-boggling documentaries such as Earthlings and Cowspiracy.

In addition to the increase in awareness, several reasons are paving the way for the explosive popularity of a vegan lifestyle.

The number one reason for adopting veganism is said to be animal rights.

Two other significant reasons are to improve personal health, and to be more responsible for the environment.

While most of us know that animal agriculture is damaging to the environment, some of us might be kept in the dark about the infringement of animal rights when it comes to meat farming.

Animal welfare is the agriculture industry is dismal. How the animals are kept, the careless and often inhumane animal husbandry practices, and finally, the legislation around the eventual slaughter of animals reared for meat are all geared for one thing – profit.

The 5 principles around which animal welfare is built are:

✅ Nutrition – Animals should be fed adequate, balanced food and have access to water

✅ Mental Health – Animals should have positive feelings such as warmth and energy while minimizing negative states such as anxiety, anger, fear, and boredom.

However, while in theory, these seem like good guidelines that should be practiced across the board by anyone in the animal agriculture industry, this rarely is the case.

Animal agriculture is the leading cause of animal cruelty in the world. Every year, billions of animals are raised and killed for food. The meat industry is notorious for its careless, often cruel treatment of animals. In addition:

👎 One of the top producers of beef, China has no nationwide animal rights laws.

👎 Cows in India are supposed to be “holy”, and their slaughter is prohibited from many areas. This doesn’t prevent them from being marched across borders over long distances, often collapsing from exhaustion, stress, or heatstroke.

👎 Cow factory workers are often overworked and underpaid, leading them to prioritize speed efficiency over animal welfare. As a result, cows are often treated with extreme impatience, and some are slaughtered before being adequately stunned.

👎 Pigs have long been acknowledged as intelligent, sentient beings that have social structures and emotions just like humans. In pig farms, they are often kept in cramped, squalid conditions where they are unable to carry out natural behavior like exploring or foraging.

👎 They are often mutilated without pain relief, like having their tails chopped off, their teeth clipped, and their ears are notched.

👎 On commercial farms, pigs are confined in pens so small they can barely move. This is to keep them from developing muscle and becoming too lean.

👎 Pregnant sows are restrained in crates where they cannot turn around or engage in natural behaviors such as building a nest. Sows in the United States are typically kept in metal pens that are barely larger than their bodies.

👎 Because they are so confined, these sows can’t turn around or even lie down comfortably. As a result, they often develop sores and excessively gnaw on the metal bars of their pens out of frustration.

👎 They are often kept in cramped cages their whole short lives without any opportunity to exercise, roam, or enjoy sunlight.

👎 They are forced to live in their own filth, and are constantly exposed to disease. These conditions often lead to injuries, diseases, and death.

👎 Male chicks are culled at birth in egg farms. They are dropped into grinders that will shred them, or gassed with carbon dioxide to suffocate them.

These infringements on animal rights are based on using animals for food. Using animals for clothing and cosmetics come with a whole host of new problems, including the abhorrent and wanton usage of animals for fur, leather, wool, and animal testing.

The modern diet is full of contaminants, whether from artificial chemicals and preservatives used in all our food, or the chemicals that our plants and animals contain.

An unnerving 2015 study of cancer trends among young adults discovered that cancer rates have gone up by 30% compared to 1973 in individuals below 39 years.

In addition, excessive consumption of meat has shown undisputable links to the increased risk of heart disease, many cancers, and diabetes.

Rates of cancer, heart disease and other serious diseases are closely linked to lifestyle and dietary choices.

Now more than ever, folks are picking up on the numerous health benefits of adopting a plant-based lifestyle.

A vegan diet doesn’t necessarily mean a healthier diet. Vegan food can also be laden with preservatives and chemicals, all added to artificially flavor the food or prolong its lifespan.

More important than whether a diet is vegan, vegetarian, or meat-based, is a diet that includes whole foods and grains as opposed to one that has large amounts of added chemicals.

However, as far as diets go, a balanced vegan diet consisting of whole foods have a plethora of health benefits, such as:

👍 Weight Management – A plant-based diet is significantly lower in calories and saturated fat.

👍 Helps Digestive Health – A vegan diet typically uses protein sources such as legumes, beans, and tofu, all rich sources of dietary fiber that helps maintain a healthy gut. Probiotics, the “good” bacteria in your colon, are responsible for your digestive health and immune system. Fiber feeds the probiotics, helping your body maintain optimal health and fighting off the invading “bad” bacteria.

👍 Reduces The RIsk Of Type-2 Diabetes – A vegan diet has been shown to have good effects on your body’s glucose control. In addition, vegan foods typically have a low glycemic index (GI), making them suitable for those with diabetes.

👍 Immune System Boost – Fruits and veggies, primary contributors to a vegan diet, are jam-packed with all the good stuff like vitamin A, C, E, and powerful antioxidants like anthocyanins and beta carotene.

These antioxidants help balance the free radicals in the body, and reduce the risk of a condition called oxidative stress. Prolonged periods of oxidative stress have been linked to serious illnesses like heart disease, cancer, and neurological disorders like Parkinson’s and Alzheimer’s.

Veganism for the Environment

Not only is a vegan diet and lifestyle beneficial for animals, and your own personal health, you’ll also be doing your part in reducing your carbon footprint.

The livestock industry accounts for a massive amount of greenhouse gas emissions, over 60% of all emissions from food production worldwide.

Animal agriculture is the number one consumer of water, while 16% of all global emissions come from the raising of animals for food. This is more than the carbon emissions of all the vehicles in the world combined!

In addition, overfishing has led to a severe decline in fish populations worldwide, further contributing to the degradation of coral reefs and an imbalance in marine ecosystems.

The environmental impact of animal agriculture is vast, and it is unsustainable, given our rapidly rising population and increased appetite for meat.

These are just a few of the reasons to go vegan in 2022. Whether or not you adopt an entirely plant-based lifestyle, or make certain tweaks in your diet to minimize meat and choose kinder, healthier ingredients, the choice is yours!

Not ready to make dietary changes? No worries, why not integrate the vegan lifestyle into other aspects of life, like avoiding products that are tested on animals, or buying vegan clothing?

Every step is a way forward, no matter how small!

Want to hear from us?

If you would like to get updates on sustainable news, fashion, zero waste, beauty and general eco-friendly happenings please sign up to our newsletter.
Like you we hate spam, and understand you probably already get a lot of mails so we won't email excessively.
You can also opt out anytime.

Econosa.com is a participant in the Amazon Services LLC Associates Program, an affiliate advertising program designed to provide a means for sites to earn advertising fees by advertising and linking to amazon.com​